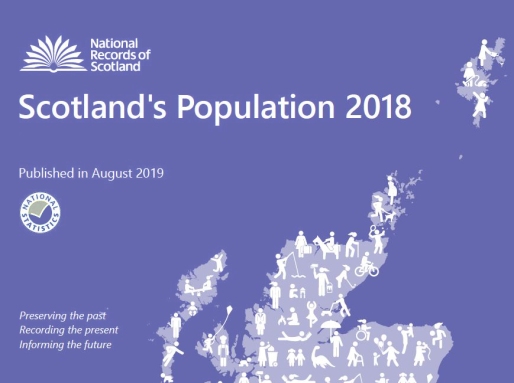 How is Scotland’s population changing?

Although Scotland’s population increased by 0.2% over the last year, the rate of population growth has slowed for the second year running. This is due to a reduction in overall net migration, fewer births and a greater number of deaths.

Why has our population increased?

Migration is the main reason for Scotland’s population increase. In the latest year to mid-2018, 20,900 more people came to Scotland than left;+10,900 people from overseas and +10,000 people from the rest of the UK. Although it remains positive, net migration has decreased over the past two years. 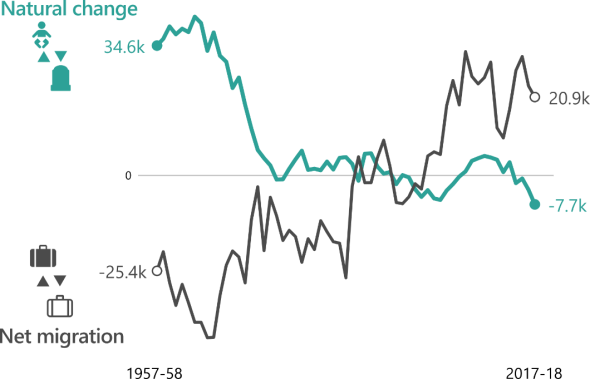 How does the population vary across Scotland?

You can explore the data for your local area using our Council Area Profiles and interactive data visualisations.

People in Scotland are living longer than they were in the past. This, combined with the fact that fertility rates are much lower than they were, means that older people make up a growing proportion of the population.

Why has life expectancy stalled in recent years?

The slowdown in life expectancy improvement is also happening for the UK as a whole as well as in several other European countries, for example, France and Spain. The trend is not universal however with life expectancy in countries such as Poland and Belgium continuing to increase.

How are Scottish households changing? 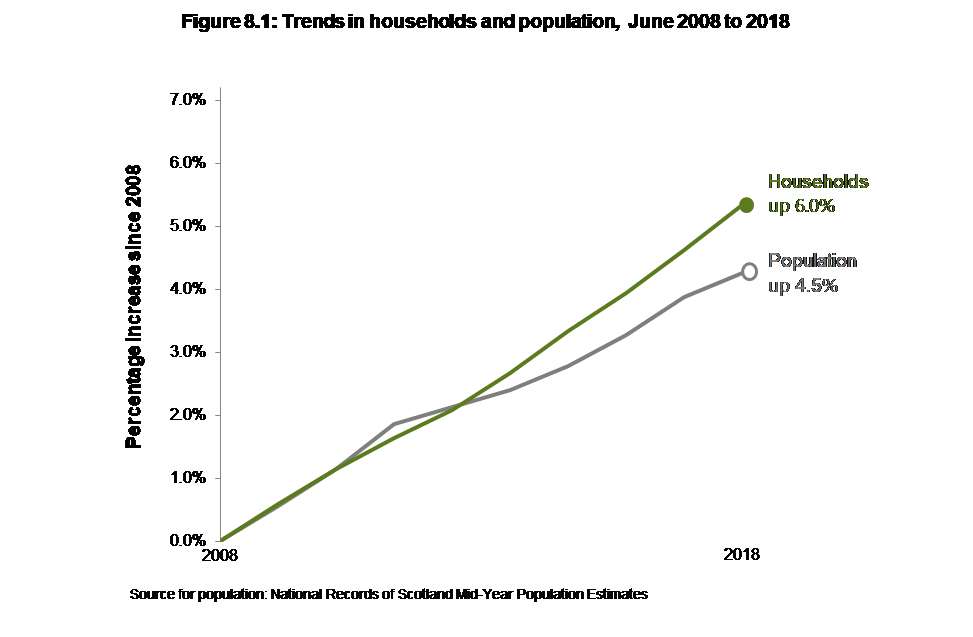 What information do we have about births, deaths and marriages in Scotland?