One hundred years ago today, the people of Callander were treated to a surprising sight as a new and frightening machine arrived on the high street of the Trossachs town. On 7 August 1918, crowds gathered for a look at “Julian” – a Mark IV British Army tank.

Men, women and children followed the tank as it rumbled past the site where the town’s First World War memorial would later be erected, recording the names of sixty six local men who lost their lives in the conflict.

“Julian” had just begun what would be a months-long tour as part of a fund-raising drive by the Scottish War Savings Committee, stopping at towns all over Scotland including Elgin, Buckie, Burntisland and Motherwell, pictured below. 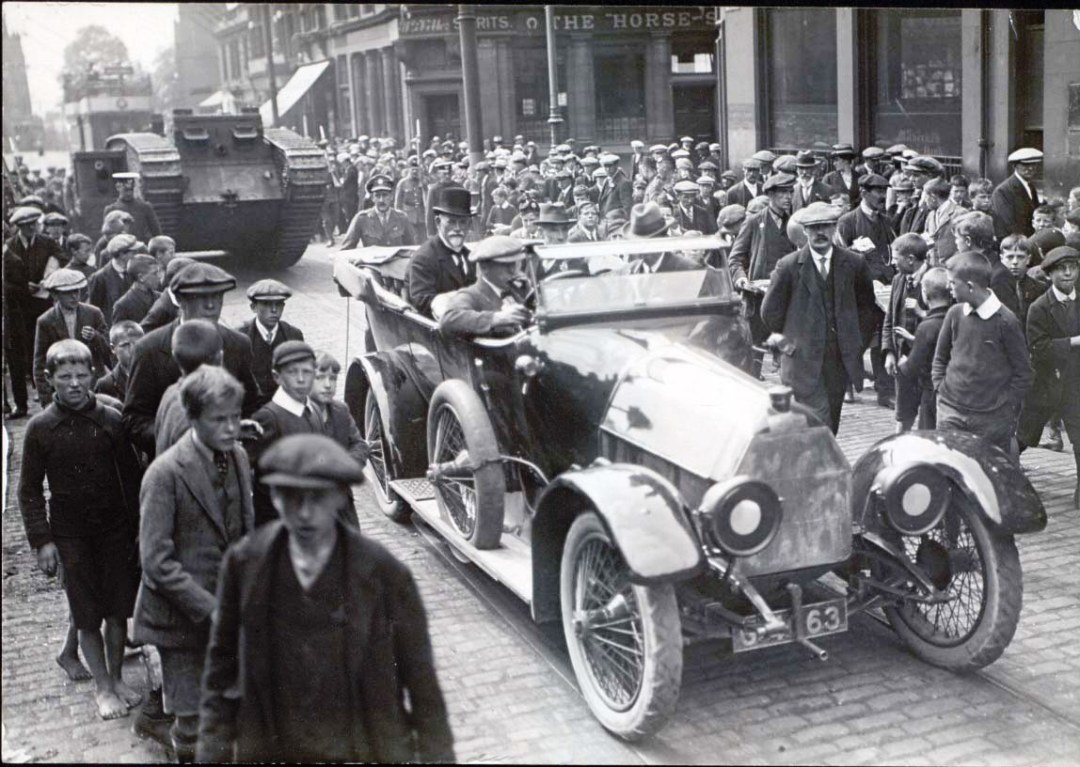 The fearsome machine drew crowds all over Scotland and may even have taken part in stunts aimed at demonstrating its power and durability. The photograph below is intriguingly titled “Children in Motherwell gathered in front of a gas works house, prior to its demolition by a tank”. 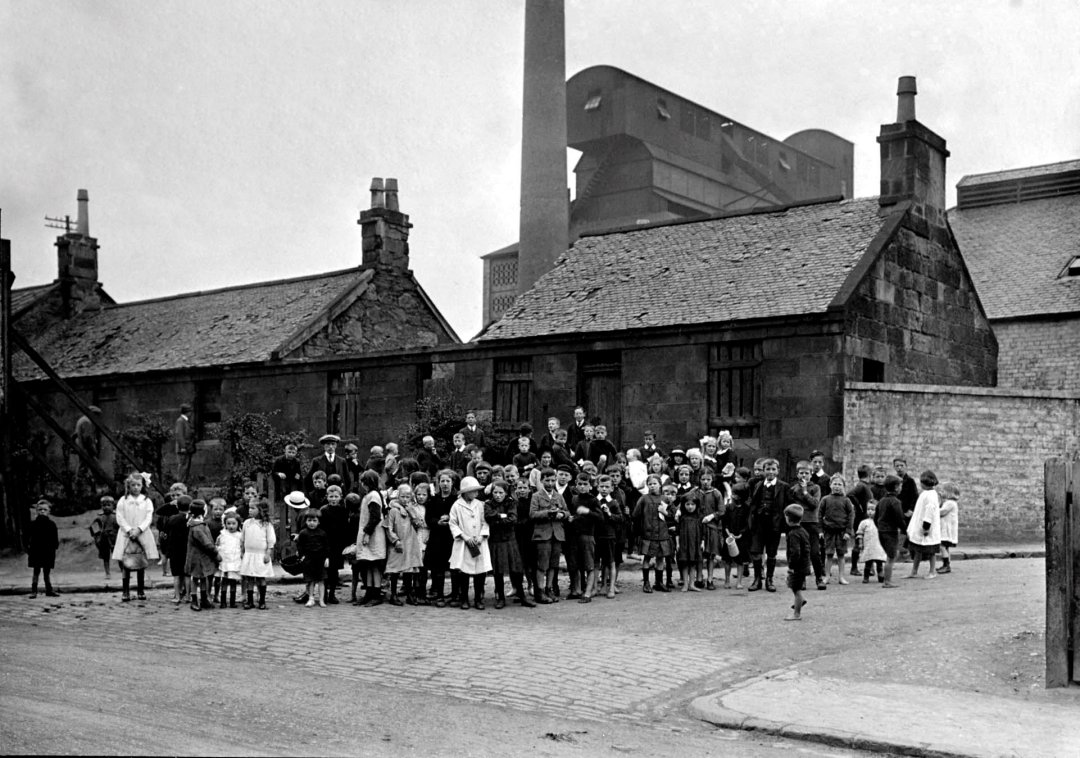 Julian may have merely been a curiosity on the streets of Scotland but the day after the tank’s visit to Perthshire, hundreds of machines much like it would be deployed to deadly effect during a major offensive on the Western Front.

The conflict in France and Flanders had mostly been static since 1914, as trench warfare gave defending forces a decisive advantage over attackers. The early tanks were slow and required extensive daily maintenance, but their performance in earlier battles of 1917 and 1918 – at Cambrai and the Marne, amongst others – had hinted that these mechanical monsters might bring mobility and surprise back to the battlefield.

Planning a major attack on German Army forces at Amiens and the surrounding area north of Paris, Allied commanders believed that tanks could prove to be a crucial advantage.  The results would exceed their wildest hopes as Allied troops overran German Army positions, capturing thousands of prisoners and achieving their largest advance in four years of fighting.

The battle of Amiens proved to be the opening phase of what would later be known as the Hundred Days Offensive – a long Allied advance that wouldn’t stop until 11 November 1918 with the signing of the Armistice and the end of the First World War.

“A deep chug-chugging. Out of the smoke giant shapes dramatically loomed up, lurching along like ungainly prehistoric monsters. They were tanks. I remember cheering, which was rather a waste of precious breath. They clattered past, and we followed a respectful distance behind them. One of them swivelled awkwardly towards where the sparks of the machine gun revealed the position of the post, and churned right over it”.

Onlookers in Callander may not have realised it on that August day but the arrival of Julian the tank in their town was a sign that the First World War was drawing to a close, and also a warning of more terrible wars yet to come.

Children in Motherwell gathered in front of a gas works house prior to its demolition by a tank. NRS Ref: NSC1/392/2/30

One thought on “The Hundred Days – Tank Campaign Scotland, 1918”