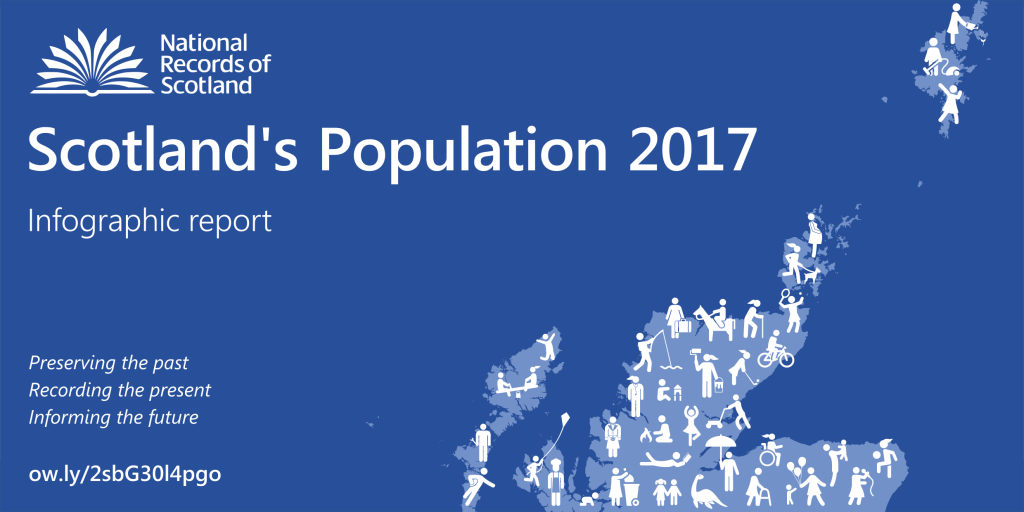 How is Scotland’s population changing?

The population of Scotland is at its highest ever at 5.42 million. It has grown by 5% over the last 10 years. However, over the latest year, Scotland’s population has grown at a slower rate than that seen on average over the past 10 years, due to a reduction in net migration, increase in the number of deaths and decrease in the number of births. Scotland’s population is projected to grow to 5.58 million in 2026, and to continue rising to reach 5.69 million in 2041.

Migration is the main reason for Scotland’s population increase

In the future, Scotland’s population growth is projected to be entirely reliant on migration, as there are projected to be more deaths than births each year going forward.

To explore the data for your local area, refer to our Council Area Profiles and interactive data visualisations.

Scotland’s population is projected to age

Scotland’s population has continued to age over the past decade, and is projected to continue doing so. The fastest growing age group is projected to be those aged 75 and over, increasing by 79% between 2016 and 2041. This is followed by those aged 65 to 74, projected to grow by 17% over the same period. In contrast, the population of all age groups below age 65 are projected to decline. This has implications for funding allocations, tax revenues, pensions, education, health and social care provision.

Life expectancy in Scotland has improved over the past three decades, but has stalled in recent years

The trend in mortality may be changing

The age-standardised mortality rate has decreased by 27% since 1994 but increased by 0.6% in the last year. This offers a more accurate picture of the trend in deaths as it takes account of changes in the population structure and shows what the trend would be if the population structure had remained the same over time. There has been no improvement in the age-standardised death rate in the last three years, suggesting that we may be reaching a turning point, or a plateau, in the downward trend.

The leading causes of death have changed over time 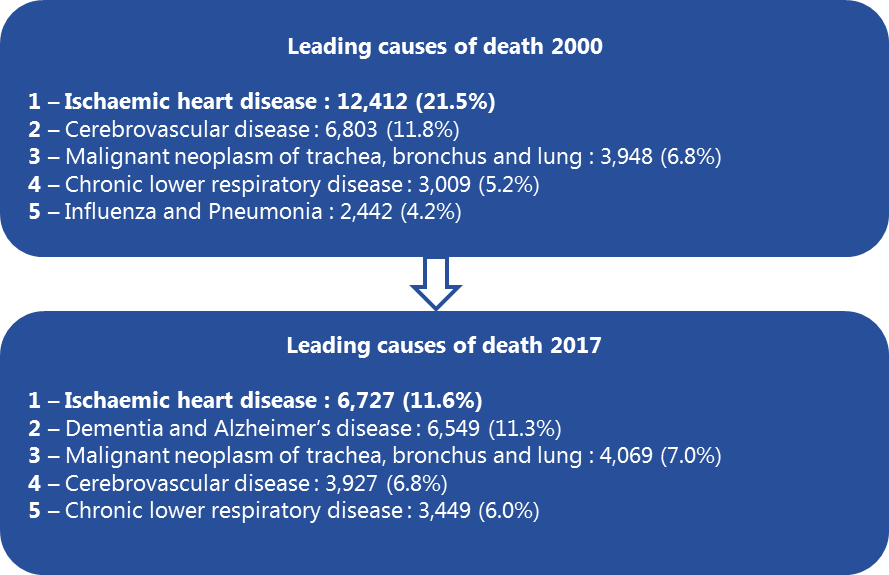 This year, the report contains an invited chapter written by analysts at NHS Health Scotland, which explores the concept of burden of disease. This is a measure of the health of a population, and the first time that Scotland-specific estimates have been calculated using the full range of data sources in Scotland. It allows an estimate of the contribution that different diseases, conditions and injuries make to the total burden of disease, due to premature mortality and time spent living in less than ideal health.

The number of households is increasing faster than the population 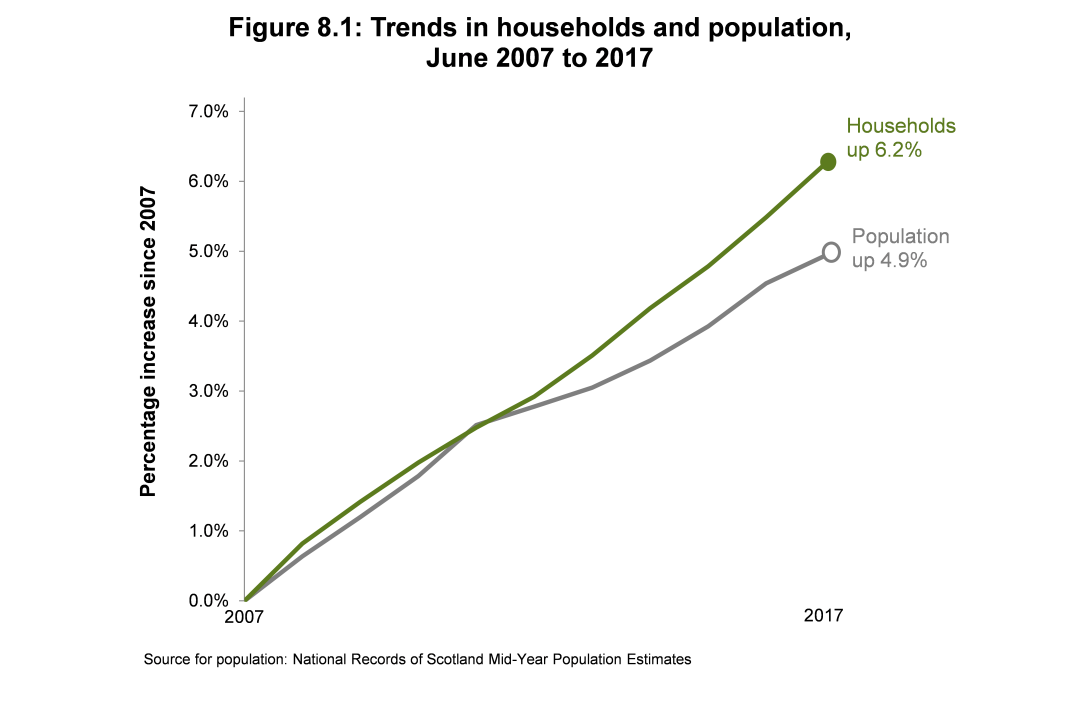 This is the 163rd edition of the Registrar General’s Annual Review. It also includes information about statutory registration, births, stillbirths, adoptions, marriages, civil partnerships and other causes of death. Some of the key points from these are: