Each year since 1855, National Records of Scotland has published the Registrar General’s Annual Review of Demographic Trends, an overview of all the statistics we have gathered.

Scotland’s population is growing and ageing. This has affected both the total number of households in Scotland and the most common types of household.

According to our latest estimates from the Scottish Household Survey, one-person households are now the most common type of household in Scotland. We estimate that nearly 900,000 people in Scotland are living alone, many of whom will be older people. 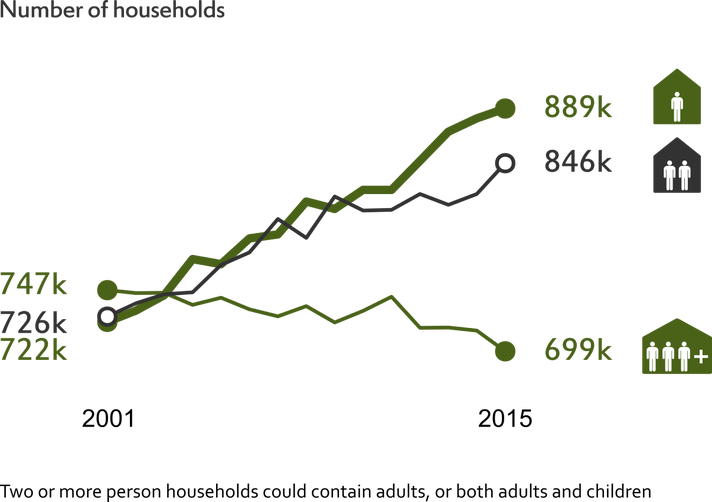 We also project how many households of different types there might be in the future, based on past trends.

It is important that we can project how many households there might be in future; where they will be; how many people will live in them and how old they will be.

This helps with planning for how many homes of different types will be needed. Knowing how many older households there might be in different areas is also important for planning services, such as community care.

You can find out more in our report, Scotland’s Population 2016. This year, the report contains an invited chapter on household composition and housing provision in Scotland written by Prof Elspeth Graham, Dr Francesca Fiori and Dr Kim McKee.